Angelo Crowell and his wife, Kimberly, co-founded Kalo Restaurant Group, LLC in 2009, where Angelo serves as CEO and Kimberly serves as President. Their company currently owns and operates 5 Jersey Mike’s Subs restaurant franchises in Tallahassee and Gainesville, Florida and employs close to 70 people. After opening their first Jersey Mike’s location in Tallahassee in 2010, they quickly grew to 5 stores within the next three years, even being awarded the honor of Rookie Franchisees of the Year in 2011 at the Jersey Mike’s Subs Franchise Conference. With construction slated to begin on 2 additional locations in Thomasville and Valdosta, Georgia, and another store in development in Florida, the Crowell’s have no plans of slowing down. In addition to franchising, Angelo and Kimberly work together on a variety of other projects, including serving together as managing partners of a private equity firm that targets real estate and hospitality ventures.

Angelo Crowell grew up in Winston-Salem, North Carolina, and from an early age displayed both athletic prowess and a penchant for business.  Heavily recruited out of high school, Angelo attended the University of Virginia, where he quickly made his mark starting at linebacker in his freshman year. During his college career, he received All-ACC honors and was named defensive captain and MVP. He also currently holds the record for most tackles in a single season. In 2003 Angelo was drafted in the third round and spent seven years in the National Football League with the Buffalo Bills (2003-­‐2009) and  the  Tampa  Bay  Buccaneers  (2009-­‐2010).  His  interest  in business continued during his playing career, during which time he received a certification for the Business  Management  and  Entrepreneurship  Program  from  the  University  of  Pennsylvania Wharton School.

Angelo is a strong advocate for the Professional Athlete Franchise Initiative (PAFI), a strategic partnership with the International Franchising Association (IFA), and is actively involved in educating professional athletes on the franchise industry. This past summer he was the keynote speaker at the Annual PAFI Summit, which brought together more than 200 professional athletes, financial advisors, franchisees, franchisors and other industry leaders. He also currently serves as a Vice Chair for the Total Resource Campaign for the Tallahassee Chamber of Commerce.

Kimberly Crowell, a native of Tallahassee, Florida, graduated from Maclay School in 1999. She earned a bachelor’s degree from the University of Virginia in Commerce, with a specialization in Finance, and a Law degree from the University of North Carolina at Chapel Hill.  Prior to entering the franchise industry, Kimberly practiced corporate law in Charlotte, specializing in Commercial Real Estate and Development. Despite the continued growth of their company, Kimberly recently joined the Pennington Law Firm as a Special Consultant and maintains an active Commercial Real Estate, Corporate Transactions and Estate Planning practice while also advising other franchisees and business owners on a variety of related legal matters. She serves on the Board of Directors for the Greater Tallahassee Chamber of Commerce, where she was recently selected to chair the Diversity and Inclusion Committee, as well on the boards of the Ronald McDonald House of Tallahassee and Maclay Alumni Association. 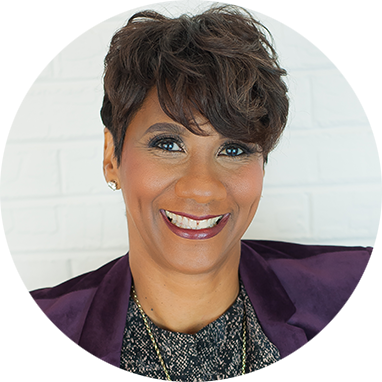